Android phone is what I enjoy convenient
The main users are like 30s,
I have never seen a woman who is using too young or.

If relaxing in a cafe recently
It was the default ring tones Xperia
(Many people do not change the ring tone w)
“Oh, how kind man?”
Why do I see I was a young woman with
I am pleased to hand it somehow (laughs)

Meanwhile, South Korea is targeted to women to be released Android phone.

Android phone will be available from Samsung “Galaxy S” in
Put pink version has been announced. 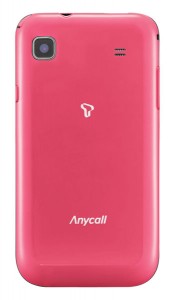 I like the this.
Children per couple on page Hayashiya Kano Hana Sokko buy? (Laughs)

Such cute people say the cell phone and Android
You can expect an increase in female users.

Android apps for now,
Useful tools such as business efficiency or
The apps are notable for the gentlemen and the rather
When the user has increased for women
You may want to develop catchy female app.

In Japan, these cute early Android phone is released
♪ I hope to get more women and younger users