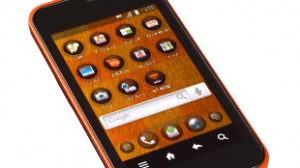 IS01 from AU, following the events of a 2 Android phones.

Higher spec enough,
Because the design also looks good
Do not you sell it pretty?

The IS01 You were rather unpopular.

I should mention the IS03
I now use the functionality of a traditional Garake.

The thing is,
Until now the mobile Android
@ Docomo.ne.jp can be Ketaimeru 使Enakatsu such as
You can always adhered to Osaifuketai features,
Users familiar with the convenience of the Garake
I was hard to transfer easily.

In that respect, this is IS03,
@ Ezweb.ne.jp email address I can use,
And features with Osaifuketai,
Also see on TV and one-segment,
What you can do is be as traditional Garake person.

Android phone up to now is
Second Mobile (second), but as so often be had,
IS03 is a transfer model (first one) is likely to be able to use a.

(At least on the specs)